← more from
Apparel Music
Get fresh music recommendations delivered to your inbox every Friday.
We've updated our Terms of Use. You can review the changes here. 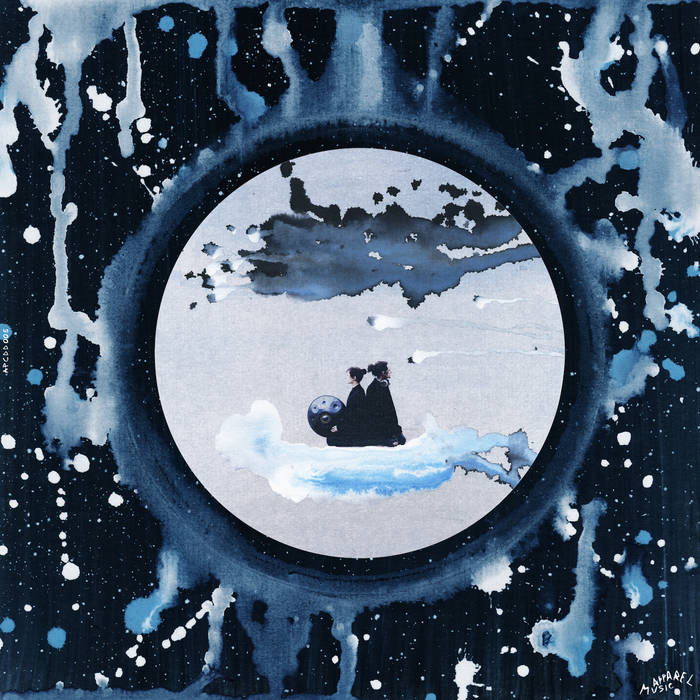 The Apparel Music imprint returns with some refreshing electronica material this June from Jacky 0 & Mumi, entitled the ‘Circle’ EP and comprising five original tracks from the duo.
Milan, Italy born producer Jacky 0 deliver his debut L.P ‘Psychonautica Vol.1’ via the Apparel Music imprint in 2013 to critical acclaim, picking up support from the likes of Mock N Toof, Laurent Garnier, Trickski and Mr.G. Here we see Jacky 0 return to the home of his debut album alongside hand pan player and vocalist Mumi to deliver a unique and intriguing E.P in the shape of ‘Circle’.
Opening up the release is the mystical and hypnotic ‘You Call Me’ which eases you into the release with mesmeric melodies, organic rhythms and elongated bass drones running with Mumi’s emotive vocal styling’s. ‘I Can Give It Up Whenever I Want’ follows and sees Jacky & Mumi tip the focus over to the dance floor with a straight 4/4 drum format throughout while infectious bass hooks, jangling percussion and stunning pan melodies instil an ever unfolding musicality to the composition.
Up next is ‘S(u)ONO’ which reverts back to smooth and dreamy ethereal textures, laying the focus on glitching strings, smooth pan hits, luscious strings and horns. ‘Nunbo’ veers things into trip hop territory with broken rhythms, glitching synth stabs and intricate percussion processing while closing cut Tramonto rounds off the package brilliantly with Jacky and Mumi deliver an abstract song led by layered vocals from the duo, bright piano chords and loose, natural drum lines.

Uk - Saturday Session (Ministry Of Sound) (Presenter):
Will try it out. Thanks
Coverage: Feedback

Uk - Pete Tong Show (Radio 1) (Freelance):
Maybe ' I Can Give It Up Whenever I Want' for sets
Coverage: Feedback

Uk - House Nation (demonfm.co.uk) (Presenter):
This is a quite laid back affair. Sweet production. Numbo is a lovely tune on this EP.
Coverage: Radio Support Confirmed

New Zealand - Radio One 91FM (Producer):
Such a warm sound. Will play 'You Call Me' and 'S(u)ONO' on electronica/house shows.
Coverage: Radio Support Confirmed

Germany - Berlin Soul (DE, BR, FR, SP) (Presenter):
I Can Give It Up Whenever I Want is the one for me - radio, skrufff/ sisyphos support
Coverage: Radio Support Confirmed

Pulp Disco and The Outcasts (Her Majesty's Ship, Correspondant, La Dame Noir)
'Love the downbeat gear! Fav is Tramonto and You call me :)'

Ted Krisko (ATAXIA / Culprit / Left'd / Stranjjur )
'Perfect come down jams - also enjoying I can give it up, could see that going over well late night/morning :) '

Dave DK (Moodmusic/Playhouse)
'you call me is a nice song!'

Eric (Maetrik / Maceo Plex)
'downloaded for maceo plex / maetrik, thanks for the music!'

Brett Griffin (Droog LA / Culprit)
'I like the reach here.'

Andrew Grant (EDEC)
'Some hot numbers in there'

Sebastien Devaud (Agoria)
' Thank u very much for the music, I m downloading for seb, feedback will come very soon. '

Stacey Pullen
'cool will try thanks'

Milly De Mori
'Nunbo and you call me for me, really nice and tight production overall!! good sounds. Support'

DJ Toby Deschamps
'4 stars for the slow tracks. 1 star for the "club" tracks'

Bandcamp Daily  your guide to the world of Bandcamp

Semiratruth joins the show to discuss their latest release, "loading..".